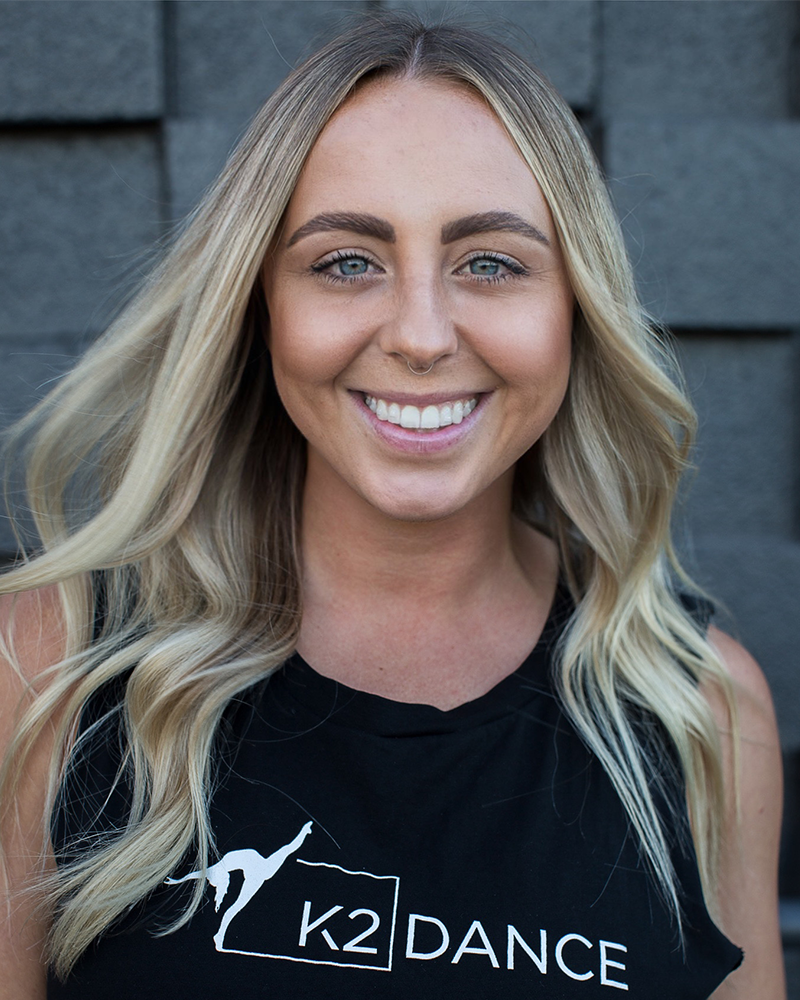 Dannielle Paulus found her love for dance and performing arts at the young age of 3, where she began her training at All Star Dance & Performance Centre. Danni trained in competitive Dance competing on the other side of the world in Las Vegas at the age of 16. In 2011, the C.S.T.D sent Danni to Kuala Lumpar where she was a guest teacher at the Summer School for 2 weeks. In 2014 Danni performed as a dancer in Channel 7’s X Factor and Johnny Ruffo’s Crown Perth Tour.

In 2015 Dannielle moved to Sydney to further her training at Brent Street Studios where she was lucky enough to be one of the 20 dancers picked to train in Jason Winters inaugural Contemporary Program. During this year she performed in Sydney Dance Company’s 13 Rooms. Dannielle graduated with a Diploma in Dance (Elite Performance) but in 2012 decided to return to Brent Street to receive a Cert IV in Performing Arts. During her time in Sydney, her film and television appearances included The Voice Australia, Sydney Kings half-time Performance and Marvin Priests Music Video.

After returning home, Danni was offered a full-time position at the Australian Performing Arts Network full-time program where she became “Head of Dance”. She Choreographed corporate gigs such as Turning On The Christmas Lights, Suited NYE Crown Towers Ball, Giggle Ball,  Mercedes Benz Launch, City Of Perth’s Nativity Shows, Telethon Opening, WA Disability Awards, and also performing herself at the Suited Ball, Saba Ball, Telethon with Todd McKenny and Tom Mills, Chevron Ball and Falls Festival. During her time at APAN she discovered her passion for Musical Theatre and Choreographed for HAMA Productions’ High School Musical, Grease, Beauty and The Beast and Legally Blonde starring John O’Harra, Vincent Hooper and Lynne McGranger at the Regal Theatre.

Danni has been a part of the K2 Faculty for many years and now takes on the role of Studio Manager.