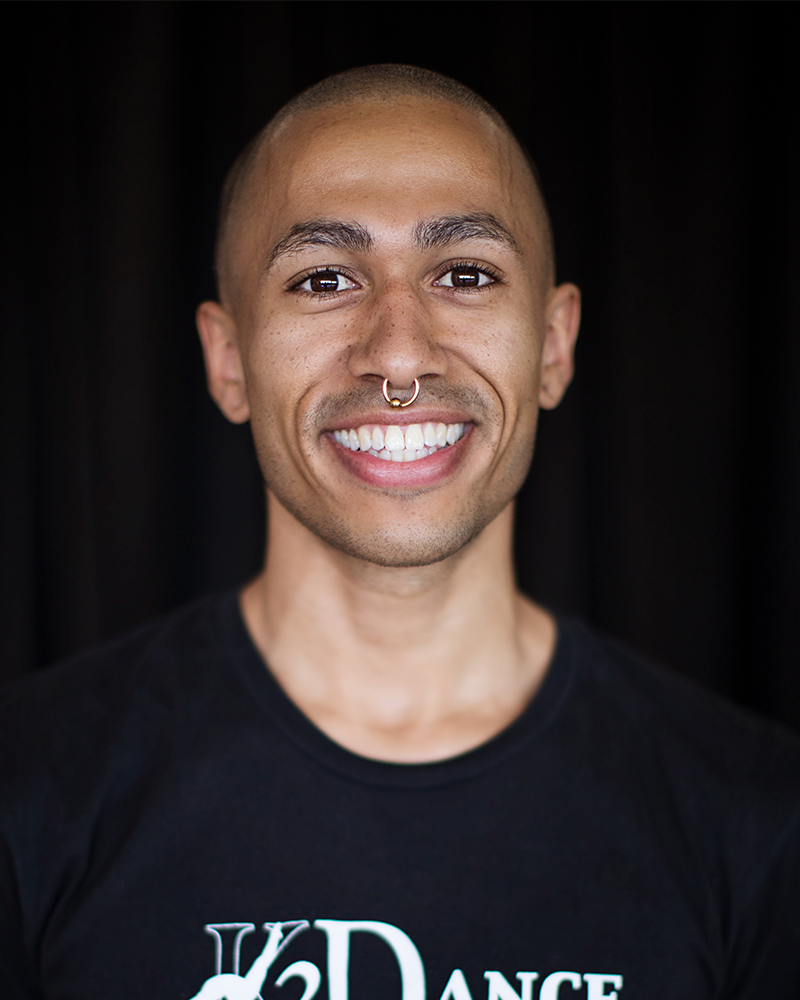 Graduating from the Western Australian Academy of Performing Arts in 2011, with a BA in Dance; Tyrone Earl Lraé Robinson has since been based in Perth working as a Performance Artist and Choreographer.

Working in contemporary and commercial dance, both nationally and internationally; he has choreographed and performed for companies and events such as STEPS Youth Dance Company, Lucy Guerin Inc, Sydney Dance Company, Co3, The Australian Dance Awards, The Proximity Festival, and many more. He has been part of the teaching staff at the K2 dance studios since 2013, teaching many different styles of dance to people ranging in ages of 7 – 40+, and engaging with youth in dance education around Perth.

Most recently Tyrone spent 1 year living abroad as a company member of ‘Noism’, Japan’s only full-time contemporary dance company. Since his return in October 2020 Tyrone has performed in various Perth shows including the Opening of the new  WA Museum Boorla Bardip. This February he will be Curator and mentor for MoveMoveMove presented by Blue room Theatre for the  Perth International Arts Festival. Tyrone has also been selected to perform in the PIAF in  ‘Structural Dependency’ Choreographed by Brooke Leeder.